Editor's note: August 14 marks the third anniversary of the court ruling allowing Hawai‘i-raised 19-year-old Kellin Ketchum to receive Hormone Replacement Therapy (HRT) as a minor. We asked Kellin to share his story, below.

When I was about 14 years old in eighth grade, I came out as female to male (FTM) transgender. One of my earliest memories I have of me realizing that my gender identity didn’t match the one I was assigned at birth was when I was six years old. Of course, I did not know this at the time. It was slip-n-slide day at King Kamehameha III School. When it was time to change into our swimsuits, my kindergarten classroom split us apart based on our gender —boys on one side, girls on the other. I immediately ran over to the boys’ side of the classroom and just like everyone else, I began to change into my swimsuit. Some of the boys turned around and gave me a weird, uncomfortable look but it didn’t faze me so I just continued to change. My kindergarten teacher rushed over, tightly gripped my arm and dragged me to the other side of the room. I was stunned! I didn’t understand what the huge deal was and why I was suddenly put with the group of girls. That’s when I first realized there's a difference between what society considers “female” and “male.”

Unfortunately — as I’ve experienced all too much — most people who are uneducated about transgender and gender non-conforming individuals won’t use the preferred pronouns for them if they don’t physically look like the binary male or female gender they identify as. Before starting Hormone Replacement Therapy (HRT), it was often really hard for people to use male pronouns for me. Even though gender identity and sexual orientation are not the same thing, people would see me as a “lesbian” rather than a man. Their response when I would correct them would be, “Oh, I’m sorry it’s just you look so much like a girl,” or “You can’t get mad when you look like a woman transitioning into a man,” which are all just harmful excuses.

Today, I receive much better treatment as a trans male because I am now perceived as cisgender male. Not nearly as many people make remarks to me anymore such as, “It’s just a phase,” or that I’m “confused” because I’ve been living as male for the past six years. I’ve noticed how people treat me better because I appear more cisgender.

I understand why some parents or guardians are hesitant for their trans child to start hormones before they’re eighteen. I can say there is nothing else I have ever been surer of other than when I wanted to start testosterone. I knew I couldn’t wait that long. I was transitioning as much as I could without hormones or surgeries yet it was so painful to face every day in a body that I felt detached from. All I wanted was to go through a second puberty.

I’m so very grateful for the ACLU and Mateo Caballero, my attorney and Legal Director of ACLU Hawai‘i, for representing me in the case to receive HRT as a minor. Mateo flew off-island to all my court hearings and even after the case was won, he came out to dinner with my family and me — we even still keep in touch. The ACLU made sure I received the best help for my case and hired psychiatrist Dr. Dennis Darcy Banks. He was very perspicacious, thorough, and we made a lot of progress very quickly. After our sessions together, Dr. Banks wrote on my behalf a very powerful and substantial letter that would greatly help me in this case. 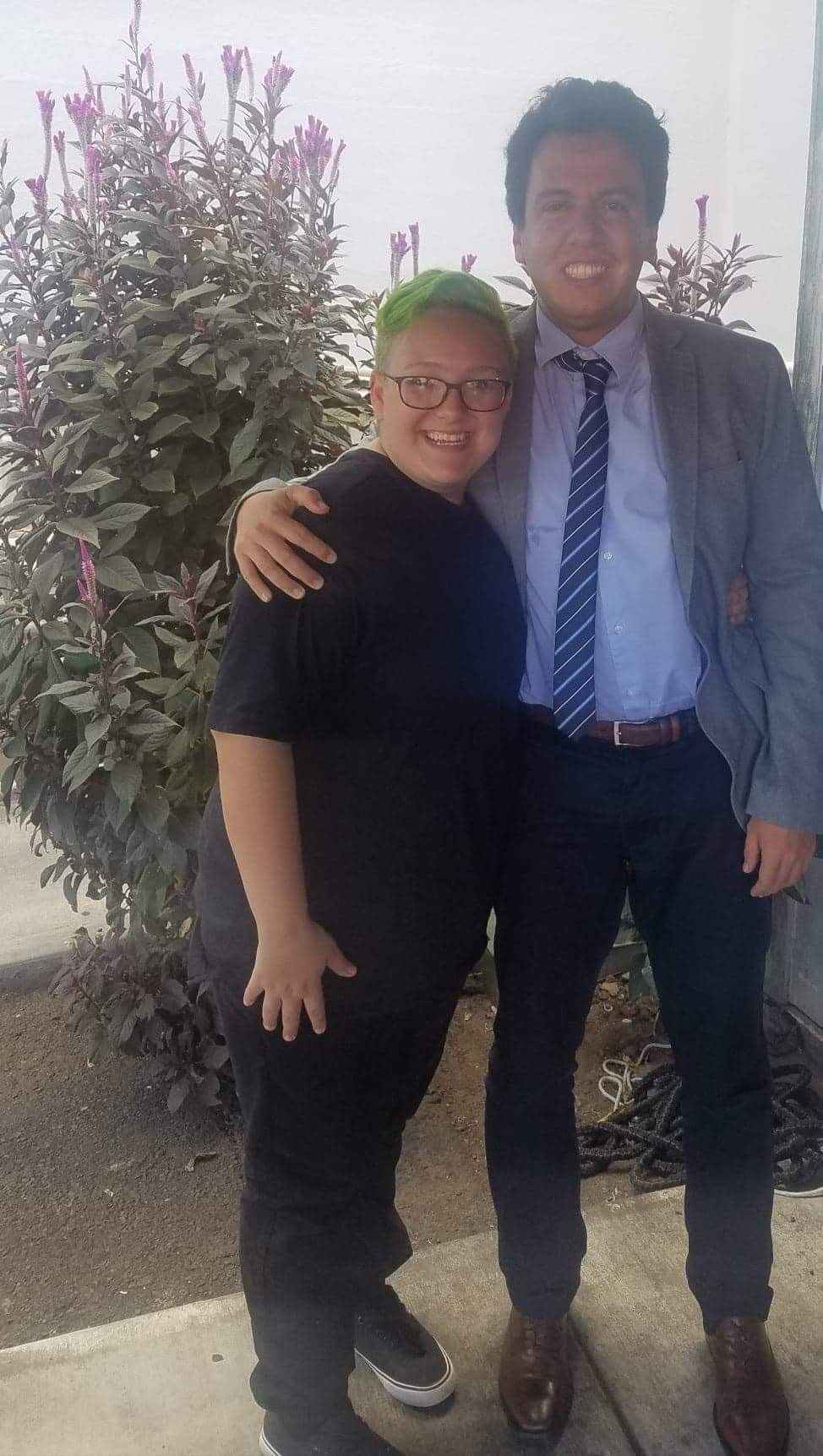 This case allowed me to socially transition to where I feel comfortable in my appearance and has relieved me of a lot of societal pressures, such as feeling uncomfortable in public restrooms, being misgendered from first glance. I was able to further physically transition into the man who I’ve always imagined myself to be. Now I’m 19 years old and about three years on testosterone, and I can finally look in a mirror and feel like I can recognize myself.

I want to share my story because there has always been this misconception that you don’t know what is best for you until you’re 18. What it comes down to is no one will know you or your body better than yourself and there shouldn’t be an age limit put on. Love your child as they are. It’s okay to let your child make this decision. Even if they change their mind — ultimately, it’s their body.