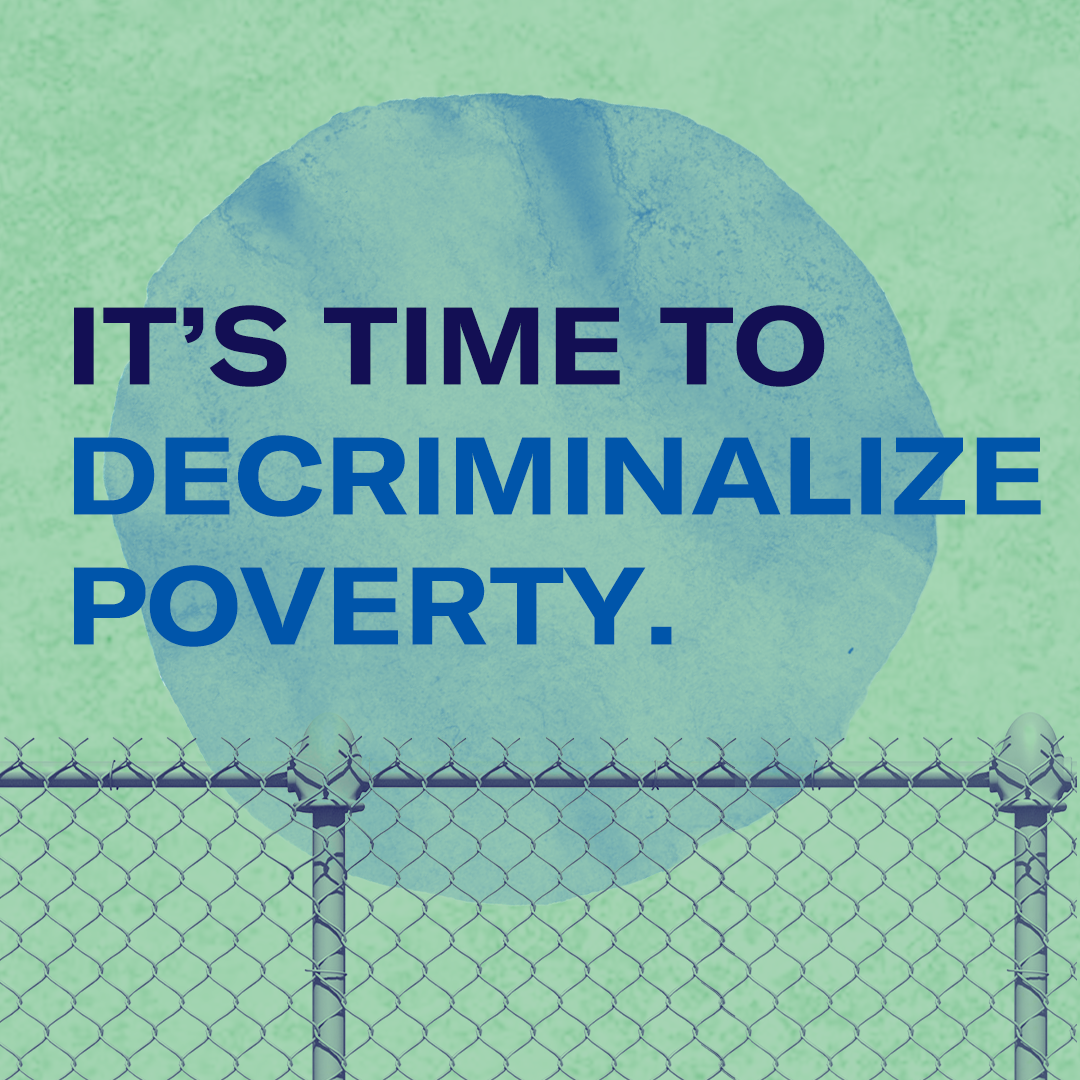 Individuals, families, and children experience homelessness for many reasons. When enough hardships collide at once — you lose your job, healthcare, food stamps, housing, leave a domestic violence situation—you end up with no place to go. Whether we are one rent increase away from eviction, have a family member living unsheltered, or are unhoused ourselves, homelessness can affect us all. It impacts children, students, military vets, families, people of color, grandparents, women escaping domestic violence situations, LGBTQ youth, and people with disabilities. And once you are unhoused and unsheltered, there are a multitude of new challenges to contend with related to safety, protection from the elements, and living under laws created for public spaces.

Even the American Bar Association has recognized that poverty and houselessness in the United States are largely outgrowths of institutionalized racism. Hawai‘i is no different in this regard. Systemic racism in housing, education, healthcare and wealth creation is inextricable from the systemic racism that fuels police brutality, mass incarceration, and the criminalization of poverty. Rather than address these inequities, though, our national, state, and local governments use the criminal legal system to police and punish those who have already suffered the most.

Just trying to live is treated as a criminal penalty all too often for people with limited resources. Many people in the United States when applying for public benefits are photographed, fingerprinted, drug-tested, interrogated, and asked to prove paternity of their children. And eligibility for public housing is often restricted or denied if the applicant has a criminal record.

Two of the most glaring examples of the criminalization of poverty in Hawai‘i are: (1) the stunning number of people who are caged in our jails simply because they cannot afford bail; and (2) the cruel, unconstitutional, and failed approach so many of our local leaders have taken to address the issue of houselessness.

The ACLU of Hawai‘i has reported extensively on the issues with bail in Hawai‘i and we have achieved modest wins at the margins. However, there is still a long way to go. The fundamental structure of the failed money bail system remains in place. We have also achieved some victories on the issue of houselessness, especially with respect to protecting the property of people living on the streets. But again, much work remains.

Individuals, families, and children experience houselessness for many reasons. When enough hardships collide at once–losing a job, healthcare, food assistance, housing, leaving a domestic violence situation–people can end up with no place to go. Whether being one rent increase away from eviction or having a family member living unsheltered, houselessness can affect anyone. It impacts children, students, veterans, families, people of color, grandparents, people escaping domestic violence situations, LGBTQ+ youth, and people with disabilities. And once someone becomes unsheltered, there are many new challenges to contend with relating to safety, protection from the elements, and navigating cruel laws regulating the use of supposedly public spaces.

Years ago the ACLU of Hawai‘i submitted testimony to the Honolulu City Council opposing two new “sit/lie” bans: Bill 51 and Bill 52. Our concern was that the bills would further criminalize unsheltered communities and otherwise innocent behavior, without a valid government interest. And these were just the latest “sit/lie” bans put forward by the City. In fact, in 2016 Honolulu was one of a handful of cities placed on the “Hall of Shame” by the National Law Center on Homelessness and Poverty, because of its policies. As of this writing, even more such bans are being proposed.

And these bans do not work. The number of people who are unsheltered on Oahu has actually increased since 2013, when efforts to criminalize houselessness began. Between 2013 and 2018, the number of individuals without shelter on Oahu rose from 1,465 to 2,145—a 46.4 percent increase, even though the strategy of “compassionate” disruption was being pursued for most of this period. Hawaii’s rate of houselessness in 2015 was over three times higher than the national rate. And it’s not just O‘ahu. During the pandemic, for example, Maui County and Hawai‘i County have also handled houselessness in ways that are counterproductive, heartless, and constitutionally questionable.

The truth is that being poor is expensive. In Hawai‘i we rely too much on flat monetary penalties, regardless of ability to pay. This privileges those with more resources and buries those people with fewer resources. Minor infractions can lead to devastating consequences: people losing their homes, seeing their credit ruined, and more. In addition to dehumanizing people without much in the way of monetary resources, it also actively penalizes them.

This is why driver’s license stoppers were so harmful and it was such an important victory this year when the state legislature finally ended the practice. A traffic fine that can easily be paid by some people may be impossible to pay for others. Often, the people unable to pay are the very people who most need to be able to drive to get to work. This results in people driving anyway, risking criminal penalties for driving without a license. Hawai‘i received deserved national, negative attention for this. And these types of policies–just like arrests, use of force, and mass incarceration–disproportionately affect people of color in Hawai‘i.

Because of the many ways poverty is criminalized every day in Hawai‘i, the ACLU of Hawai‘i will lead a campaign to reimagine what is possible. We will work with people who are directly impacted by the current system–a system where the less you have the more you’re punished–and put in place a new system that works for everyone.

We will work toward a Hawai‘i in which no one is in jail because of a lack of resources, where people have access to the courts and counsel to advocate for them regardless of wealth, where there is easier access to social services instead of easier access to prison, where we decriminalize innocent behavior that is the byproduct of being poor, where we see people with limited resources being criminalized not as a personal failure but recognize it as a societal failure, and where the cycle that results in the criminalization of poverty no longer exists.

How to Remove Drivers License Stoppers 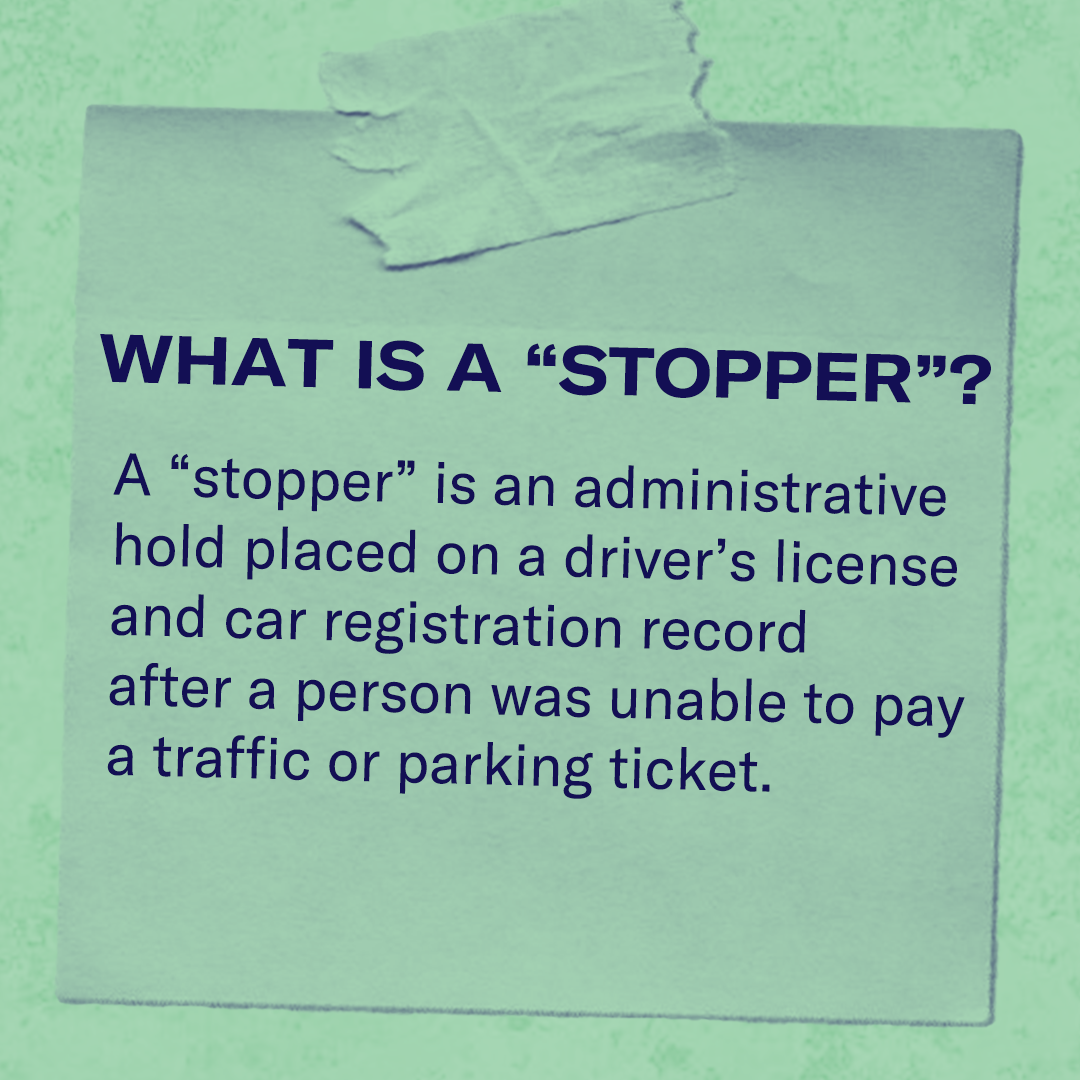 A “stopper” is a hold that the government puts on your driving record, or your car’s record, that stops you from obtaining or renewing your license or your car registration if you fail to pay your parking or traffic ticket. Removing a person’s ability to drive makes it harder for them to take their children to school, transport themselves or their family members to the doctor, shop for groceries for their family, and, of course, get to work. And considering 67% of Hawaii’s workers drive alone to their jobs, and another 14% carpool, this is a barrier with profound impact.

The bottom line: License and motor vehicle registration stoppers do not work. 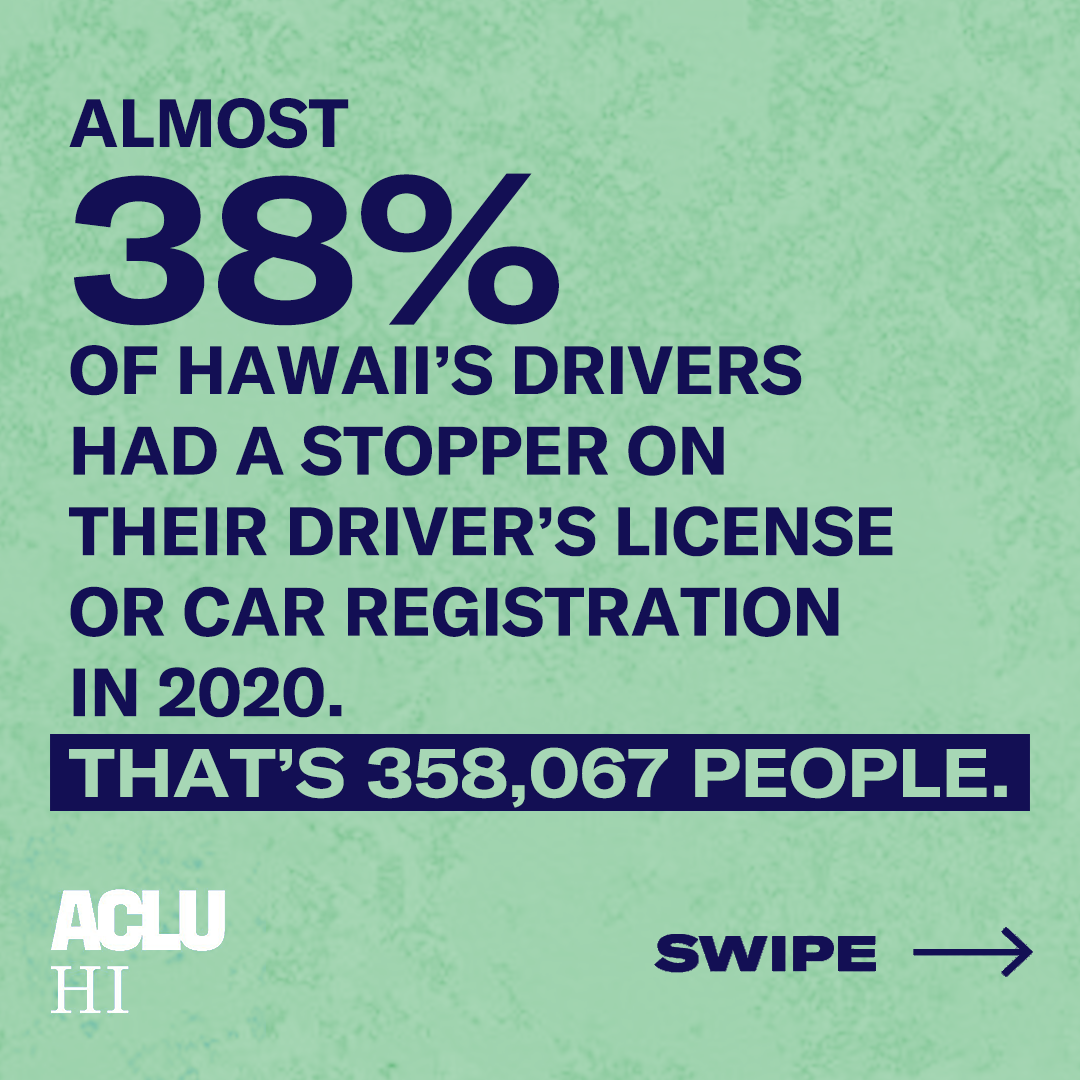 Do you have a “stopper” hold on your driver’s license or registration?

Get it removed! You helped pass Act 59 in 2020, which ended harmful and counterproductive 'stoppers.'

The steps here are simple, and you deserve relief:

BROAD COALITION OF OVER 100 ORGANIZATIONS, OFFICIALS, AND...

COMMUNITY ADVOCATES, ORGANIZATIONS, AND OFFICIALS CALL ON THE CITY...

HPD responds to racial and wealth disparities in data letter

CDC Guidance is to Not Clear Houseless Encampments During Spread of...