ACLU of Hawaiʻi Statement on HB 1567 and a vision for real bail reform in Hawaiʻi.

People who are legally innocent and awaiting trial should not be deprived of their liberty simply because they are unable to afford cash bail. Yet, our current criminal legal system does just that – it lets the size of a person’s wallet determine whether they can return home or stay locked up in jail even though they are merely accused, not convicted of a crime.

This session, lawmakers had the chance to pass a strong bail reform bill, HB 2017, that would have brought justice to thousands of families and impacted folks across our islands. Unfortunately, that bill did not progress and a weaker reform bill–HB 1567 HD1 SD1 CD1­–was recently passed by the state legislature.

HB 1567 was originally intended to end cash bail for low level, nonviolent offenses and nonviolent class C felonies, with eighteen (18) carved out exceptions. Notably, the original draft included class C felony possession of drugs in the third degree as eligible for release, unless an exemption applied. This inclusion is important because possession of drugs comprises the highest number of cases pending in all Circuit Courts in Hawai’i in fiscal year 2020-21.

However, the final version of the bill that passed has twenty (20) carved out exceptions and categorically excludes people charged with Class C drug possession. In effect, this bill prohibits release on recognizance for MOST of the crimes people are frequently charged with and detained for pretrial.

In “principle,” this bill represents only a modest step in the right direction towards reform. In reality, the bill falls far short of eliminating a for-profit cash bail system that discriminates based against the poor. Despite this, local news media and opponents of criminal legal reform have shared harmful and false information about the bill and it’s impact on our safety. We’re here to set the record straight:

Despite this weaker version of bail reform, the ACLU of Hawai’i will not give up. We celebrate the efforts of community advocates and organizers who worked tirelessly this session to push for a more humane and just pretrial system.

We will continue to advocate a fair criminal legal system that eliminates the for-profit cash bail industry, significantly reduces pretrial detention, and combats bias and systemic racism. We will champion strong due process protections, diversion and decriminalization, and procedural reforms that uphold constitutional principles of fairness, and allow people to attend their families, their jobs and their cases while they await trial.

By decreasing Hawaii’s jail population, we will save taxpayer money that can be invested into community-based supports and alternatives that are proven to enhance public safety.

We hope you will advocate with us for real bail reform, and building healthy, safe and just communities. 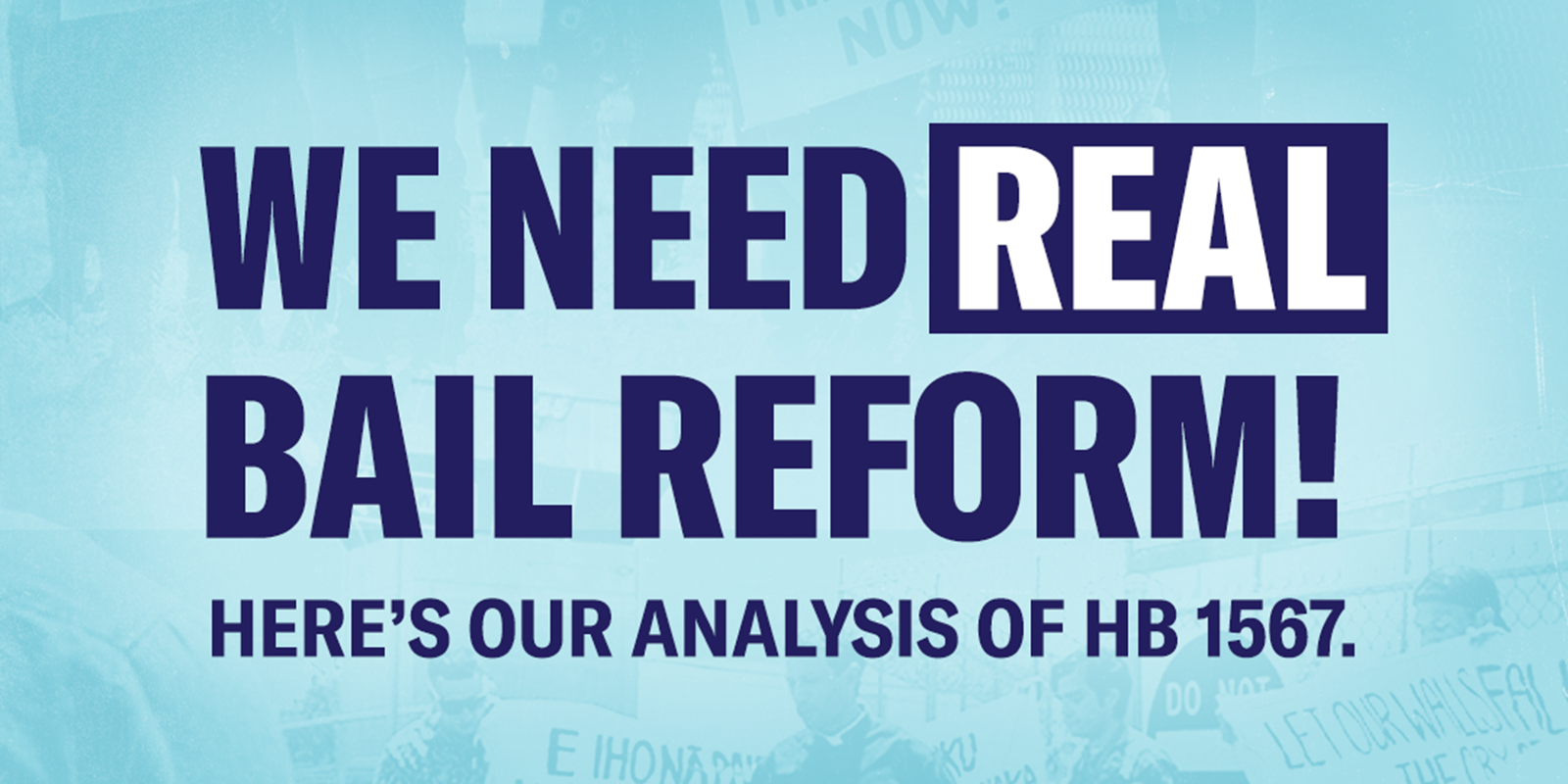 Specifically, under HB 1567, a person arrested and charged with the following offense(s) will not be automatically released on their own recognizance:

One or more of the following apply: